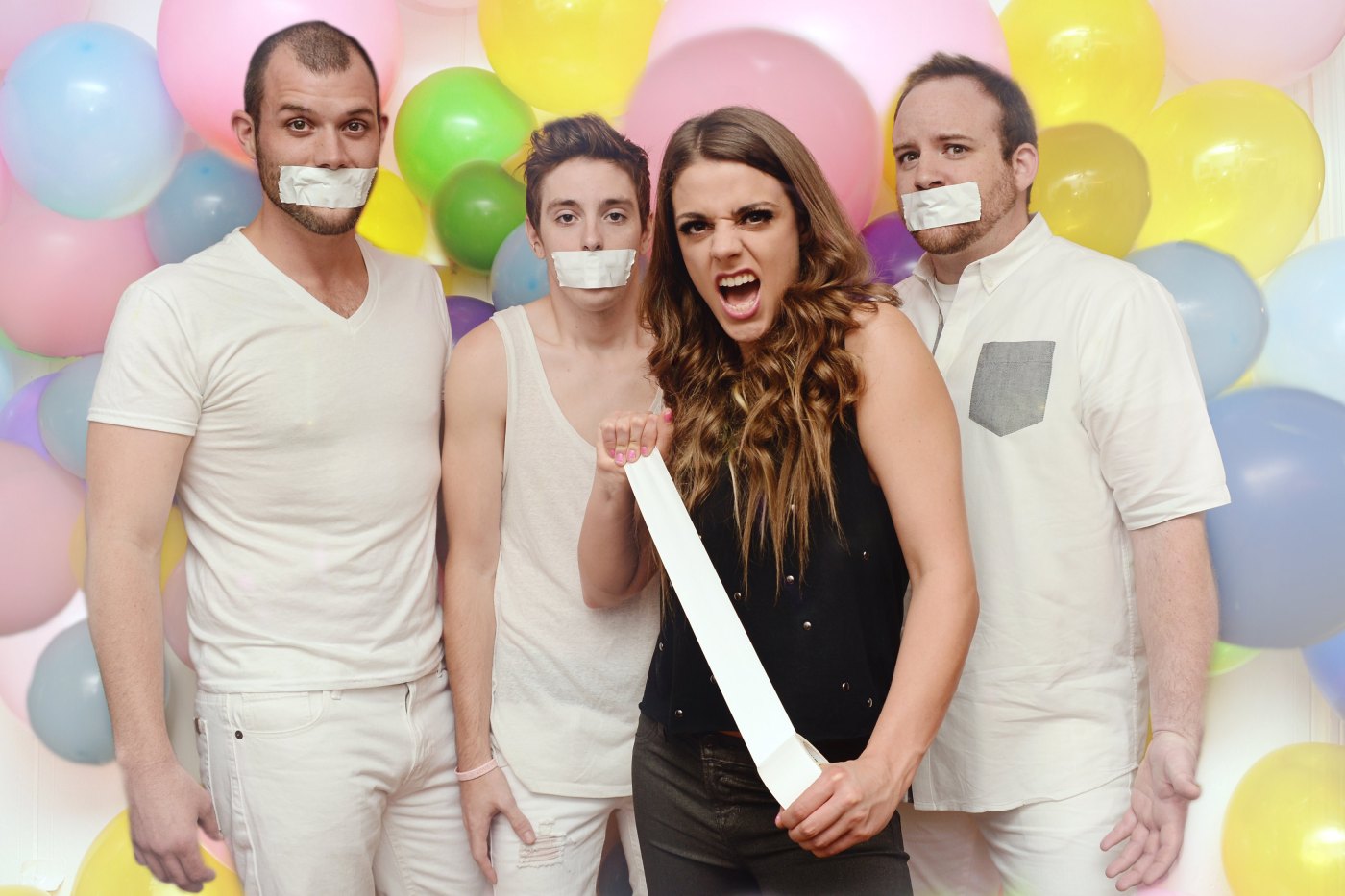 Since I’ve written quite a bit about women lately, I thought it was only fair that I also write about men – the fellas seem to have more than enough problems of their own.

Men are far more likely than women to commit suicide, die in the workplace, die in combat, become victims of homicide or violent crime, or become homeless.

Girls outnumber boys in college and at university.

These issues are rarely discussed, in comparison to the way women’s issues are highlighted. What I do see a lot of, though, is one phrase in particular – ‘toxic masculinity’. This term has taken the internet by storm in recent years and is thrown around ad nauseum by social justice warriors. So I decided to do some investigation, to see whether proponents of this term truly care about the plight of men… or whether it’s another subtle way for radical feminists to blame them for every conceivable wrong.

What does this even mean?

So what is this term, you might be asking? Sounds pretty serious. Hope it’s not catching.

Well, our (very-trustworthy) source Wikipedia defines toxic masculinity as: “adherence to traditional male gender roles that restrict the kinds of emotions allowable for boys and men to express, including social expectations that men seek to be dominant (the ‘alpha male’) and limit their emotional range primarily to expressions of anger.”

OK, so on first read, seems harmless enough. I’m grateful people recognise the problem with telling men that expressing emotion makes them weak. But I do take issue with the term itself. Because to the average, not-schooled-in-progressive-ideology reader, it’s immediately antagonising. Far be it from me to assume that this is intentional, but it implies that there is something wrong with being a man. If you’re struggling to see my point, imagine what would happen if we started to use the term ‘toxic femininity’? I think the feminist community would implode on itself. I did a quick Google on the term just out of interest, and Geekwiki made the following assertion: “There is no such thing as toxic femininity”. Right. I wish it were easier to insert memes into blog posts.

But going back to our Wikipedia definition. I’m not a scientist or a psychologist, but I’m pretty sure dominance has less to do with ‘social expectation’, than it has to do with basic biology. Don’t take my word for it though. Science says so. Higher levels of testosterone = displaying more dominant behavioural traits. You may find this hard to believe, but gender is not merely a social construct.

Anyway, I try to assume that people have benevolent intentions – hopefully, those discussing ‘toxic masculinity’ are not stooping to the level of man-bashing, but actually articulating and proposing solutions to some of the problems unique to men.

So I turned to the Holy Grail of left-wing journalism, The Guardian, for more insight.

Yes, there is a problem

This article by Jaclyn Friedman is only a few weeks old and it didn’t take me long to identify both where the Left is on the right track in tackling these issues… and where it’s making matters decidedly worse.

I agree with some of the problems Friedman identified. For those who couldn’t be bothered to read the article, she said that she believes her friend Dave, a former rapist, ended up behaving the inexcusable way he did because “he’s a guy who grew up with some very toxic ideas about what it means to be a man.” It’s not made explicitly clear what exactly those ideas were, but I’d like to give her the benefit of the doubt and assume she meant that Dave was not taught how to be an honourable, decent human being.

I agree with her warning that not allowing men to express emotion is problematic and damaging. I agree that men devaluing women to make themselves feel more powerful is deeply wrong. I agree that work done in schools to get young boys to think about negative learned behaviour is probably a good thing.

You can be labelled ‘toxic’ for anything these days, sheesh

But then things started to get a bit weird. Here’s one of her earlier statements: “American men may be enjoying more emotional vulnerability in their superhero stories, but they also elected the living embodiment of toxic masculinity as president… The men he’s installed into power share his attitudes.” I’m not a fan of Trump or the allegations made against him, but where is her evidence for the extreme ‘toxicity’ of his administration? What exactly is so threatening and ‘toxic’ about mild-mannered evangelical Christian Mike Pence?

She continues: “And when these men talk about making America great again, one of the things they’re yearning for is the re-establishment of ‘traditional’ gender values in which men are dominant, women are subservient, and anyone who questions whether that’s really the natural order of things is punished.” Again, where is her evidence for this? Has anyone actually said that women should all become housewives, or that men should be paid more than women?

It seems her real gripe is revealed later on. Describing her friend Dave’s remarkable reformation, she lists some of his changed behaviours: “He refuses to laugh at rape jokes or slut-shaming or anything that reduces women to commodities, and he goes out of his way to explain to other men why these things aren’t funny.” Great. Well done Dave. But then: “He doesn’t vote for candidates who want to control women’s access to abortion or birth control.”

Oh. Oh. According to Ms. Friedman, and presumably a good portion of the radical Left, having a moral objection to the taking of innocent life equates to toxic masculinity. My sympathy with the Left’s usage of the term is fading fast.

More than once, Friedman mentions ‘traditional masculine norms’ in her article, but fails to specify what these norms actually are.

Let me tell you a bit about my brother. My brother is 23 years old and very much a ‘typical male’. He’s sporty, boisterous, loves the outdoors, loves cars, interested in the military. He’s logical, realistic and a natural leader.

In a few months, he’ll be marrying his lovely girlfriend of five years, having maintained a long-distance relationship throughout university. My brother is a competent, responsible, joyful human being and his embracing his masculinity is a big part of what he brings to the table.

Not everyone needs to be just like my brother. But I guess my point is that guys who possess traits like competitiveness, leadership, responsibility, physical and mental grit should be seen as an asset to society, not some kind of threat.

A voice of reason at last

I’m not alone in thinking that this is not emphasised enough. I googled Christina Hoff Sommers from ‘The Factual Feminist’ for her take on the subject. She did not disappoint. In this 2014 article from TIME magazine, she critiques documentary The Mask You Live In, which “argues that American boys are captive to a rigid and harmful social code of masculinity”. Sommers writes: “The title and content of the film suggest that masculinity is a cultural creation. That is only marginally true. A lot of typical boy behavior, such as rough-and-tumble play, risk taking and fascination with gadgets rather than dolls, appears to have a basis in biology.”

And she concludes with this applause-worthy statement: “The energy, competitiveness and corporal daring of normal males are responsible for much good in the world. No one denies that boys’ aggressive and risk-taking tendencies must be socialized and channeled toward constructive ends. But the de–Tom Sawyering of the American boy should not be anyone’s agenda.”

Men are certainly experiencing challenges today but being ‘manly’ is not the problem. Instead, we need to be naming some of the more conspicuous culprits, such as pornography, which has been proven to increase sexual aggression and objectifying behaviour in men, and more importantly, a lack of stable family environment and sound upbringing from a father figure. These factors cannot be overstated.

The recent rise of clinical psychologist and university professor Jordan Peterson is a refreshing antidote to some of this confusion. Peterson seems to deeply care about young men in today’s society, and though it’s unfortunate that they must turn to him and not their own fathers for direction, at least he is attempting to help them.

In this interview Peterson says that constantly pointing to men’s failures is only worsening the problem: “We’re alienating young men, we’re telling them that they’re patriarchal oppressors and denizens of rape culture and, you know, tyrants in waiting and we fail to discriminate between their competence and their tyranny and, it’s just, it’s awful. It’s so destructive, it’s so unnecessary.” Peterson’s approach is instead to offer encouragement to men, helping them to channel their inherent traits in more positive ways.

I also very much appreciate Peterson’s recognition that strong men are good for women, too. In his recent Channel 4 appearance with Cathy Newman, he said: “Women deeply want men who are competent and powerful. And I don’t mean power in that they can exert tyrannical control over others – that’s not power, that’s just corruption. Power is competence. And why in the world would you not want a competent partner?” Thank you, JP, for saying what I have struggled to articulate for the last ten years…

So whilst I agree with Jaclyn Friedman that younger men need to be educated on how to break away from unhealthy behavioural patterns, we also need to be celebrating what makes men, men.

And continuing to use the term ‘toxic masculinity’ is just not the way to do this.

If you want another male perspective on this issue, Ben Shapiro weighs in here, in this article from 2017.

Photo by Meghan Duthu on Unsplash